It was with interest that we read an article by Giles Parkinson in The Guardian last week. 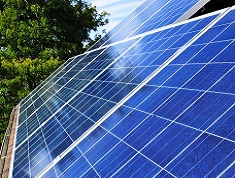 The subject of the article dealt with solar panels and how they had become more cost-effective than coal at supplying electricity to the grid in Australia. Giles reported that;

“Last week, for the first time in memory, the wholesale price of electricity in Queensland fell into negative territory – in the middle of the day. For several days the price, normally around $40-$50 a megawatt hour, hovered in and around zero. Prices were deflated throughout the week, largely because of the influence of one of the newest, biggest power stations in the state – rooftop solar panels.”

This is the herald of a new era in electricity generation,  the democratization of energy.  Simple and effective solar panels have the ability to change the energy landscape and are well on their way to doing that.  The price of solar panels has fallen significantly in recent years and now the price is within the grasp of many as Australia’s experience is telling us:

“The influx of rooftop solar panels has turned this model on its head. There is 1,100MW of it on more than 350,000 buildings in Queensland alone (3,400MW on 1.2m buildings across the country). It is producing electricity just at the time that coal generators used to make hay (while the sun shines)… The impact has been so profound, and wholesale prices pushed down so low, that few coal generators in Australia made a profit last year. Hardly any are making a profit this year. State-owned generators like Stanwell are specifically blaming rooftop solar panels “

The fact that the cheapest electricity is being produced by solar panels during the day is turning the energy generation industry around.  This was the time when traditional generation cost the most but solar panels are pushing this the other way and the excess of free electricity is driving prices down – bad for the utilities but great for the public particularly those with solar panels installed.

One of the great advantages to installing solar panels is the fact that the electricity generated doesn’t have far to travel.  This eliminates the need for the expensive transmission infrastructure that comes with a centralized fossil fuel driven system and this is where a lot of the cost in utility bills lies:

“Tony Abbott, the prime minister, likes to say that Australia is a land of cheap energy and he’s half right. It doesn’t cost much to shovel a tonne of coal into a boiler and generate steam and put that into a turbine to generate electricity. The problem for Australian consumers (and voters) comes in the cost of delivery of those electrons – through the transmission and distribution networks, and from retail costs and taxes. Just the network charges and the retailer charges alone add up to more than 19c/kWh, according to estimates by the Australian energy market commissioner. According to industry estimates, solar ranges from 12c/kWh to 18c/kWh, depending on solar panels and solar resources of the area, Those costs are forecast to come down even further, to around 10c/kWh and lower.”

These utility prices are driving people away from this model to more people friendly solar panels.  It’s an easy installation,  no real maintenance considerations and the sun is a very reliable source of energy on an annual basis.  Solar panels provide your own private electricity generation  at a price cheaper than the grid – what’s not to like?

The utilities of course hate this and will try to block the rollout of solar panels but the momentum is gaining pace and the expansion of the use of solar panels will be impossible to stop.  Australia’s experience will be an advance warning to our own utilities in Ireland.

“Last week, the WA Independent market Operator forecast that 75% of detached and semi-detached dwellings, and 90% of commercial businesses could have rooftop solar by 2023/24. ..The impact on Queensland’s markets last week is one of the reasons why utilities, generators and electricity retailers in particular want to slow down the rollout of solar…The CSIRO, in its Future Grid report, says that more than half of electricity by 2040 may be generated, and stored, by “prosumers” at the point of consumption. But they warn that unless the incumbent utilities can adapt their business models to embrace this change, then 40% of consumers will quit the grid.”

Although there is a higher solar resource in Australia the use of this technology is based on finance not on solar resource – i.e. when the cost of generating energy from solar panels is cheaper than the grid then they will become widespread.  This is now in Ireland – people just don’t know about it yet.